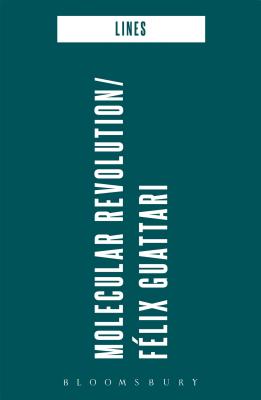 
Not Yet Published - Available for Pre-Order Now

Molecular Revolution comprises a series of articles from radical French philosopher and psychoanalyst, Felix Guattari, originally published in two separate French editions, of 1977 and 1980 - each bearing the name Molecular Revolution. Despite this titular similarity, these texts differed wildly in form and content so as to become hardly recognizable.

This translated single volume makes available in English for the first time an ensemble of pieces featuring an introduction by the editor, St phane Nadaud, and an afterword by Janell Watson. By re-arranging and re-deploying these articles, Molecular Revolution stays true to the content of Guattari's work as both a unique version and the embodiment of the essential plurality of molecular revolutions. For Guattari, rather than a theory, molecular revolutions form a practical way of doing politics, and this volume will be essential to the full comprehension of the political force of Guattari's life and work.
Felix Guattari (1930-1992) was a French psychoanalyst, philosopher, social theorist and radical activist. He is best known for his collaborative work with Gilles Deleuze.