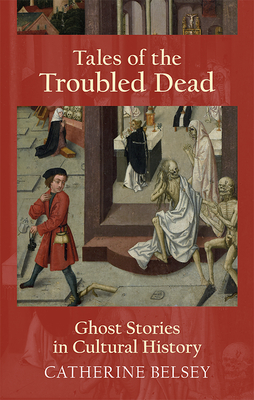 What do they want, the ghosts that, even in the age of science, still haunt our storytelling? Catherine Belsey's answer to the question traces Gothic writing and tales of the uncanny from the ancient past to the present - from Homer and the Icelandic sagas to Lincoln in the Bardo. Taking Shakespeare's Ghost in Hamlet as a turning point in the history of the genre, she uncovers the old stories the play relies on, as well as its influence on later writing. This ghostly trail is vividly charted through accredited records of apparitions and fiction by such writers as Ann Radcliffe, Washington Irving, Emily Bront , Nathaniel Hawthorne, Henry James, M. R. James and Susan Hill. In recent blockbusting movies, too, ghost stories bring us fragments of news from the unknown.

Catherine Belsey was a critic and cultural historian. After an academic career at Cambridge, Cardiff and Swansea, she visited the University of Derby for discussions with the students. She lived in Cambridge and chaired a range of reading groups in the area on an occasional basis. (dec.February 2021)