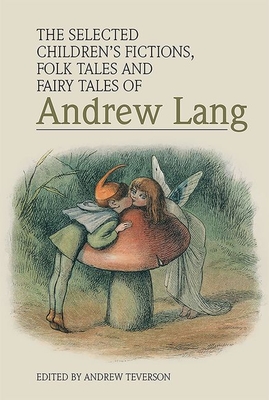 This exciting scholarly edition highlights the importance of Lang's contributions to Victorian and Edwardian children's literature and fantasy. It repositions his children's fictions as works that have helped shape twentieth- and twenty-first-century approaches to writing for children and that anticipate experimental approaches to folk narrative and fairy tale in modern literature.

Included in this edition are: Lang's children's novels The Gold of Fairnilee, Prince Prigio and Prince Ricardo of Pantouflia; his picture-book story The Princess Nobody; the Scottish folk tales collected by Lang in the 1860s and reworked in successive republications throughout his career; and a selection of the tales Lang wrote for inclusion in the anthologies The Blue Fairy Book, The Red Fairy Book and Tales of Troy and Greece. This edition also features extensive critical materials designed to help the reader understand the context, the social significance, and the textual history of these fictions.

Andrew Teverson is Dean of Academic Strategy and Professor of Cultural History and Critical Thinking at the London College of Fashion, University of the Arts, London. His recent publications include the edited collection The Fairy Tale World (Routledge Worlds Series, 2019), and a two-volume critical edition of the scholarly writings of Andrew Lang (Edinburgh University Press 2015, with Alexandra Warwick and Leigh Wilson). Currently he is editing a volume for The Bloomsbury Cultural History of Fairy Tale on Fairy Tale in the Modern Age, due for publication in 2021. Previous publications include Fairy Tale (Routledge, New Critical Idiom, 2013) and Postcolonial Spaces: The Politics of Place in Contemporary Culture (2011, Palgrave, edited with Sara Upstone).