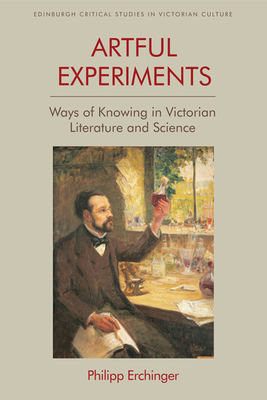 What is the connection between Victorian writing and experiment? Artful Experiments seeks to answer this question by approaching the field of literature and science in a way that is not so much centred on discourses of established knowledge as it is on practices of investigating what is no longer or not yet knowledge. The book assembles various modes of writing, from poetry and sensation fiction to natural history and philosophical debate, reading them as ways of knowing or structures in the making, rather than as containers of accomplished arguments or story worlds. Entwining innovative readings of the works of George Eliot, Robert Browning, Mary Elizabeth Braddon, Wilkie Collins and William Morris, alongside in-depth studies of philosophical and scientific texts by writers such as John S. Mill, William Whewell, Thomas H. Huxley, George H. Lewes, F. Max M ller and Edward B. Tylor, Artful Experiments explicates and re-conceives the relations between the arts and the sciences, experience and language as well as practice and theory. For many Victorians, the book argues, experimentation was just as integral to the making of literature as writing was integral to the making of science.