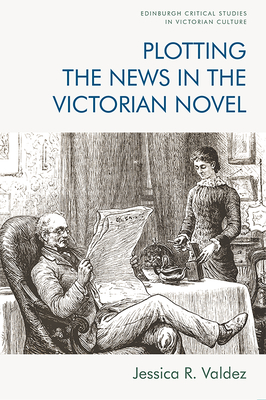 This book shows that novelists often responded to newspapers by reworking well-known events covered by Victorian newspapers in their fictions. Each chapter addresses a different narrative modality and its relationship to the news: Charles Dickens interrogates the distinctions between fictional and journalistic storytelling, while Anthony Trollope explores novelistic bildung in serial form; the sensation novels of Wilkie Collins and Mary Elizabeth Braddon locate melodrama in realist discourses, whereas Anglo-Jewish writer Israel Zangwill represents a hybrid minority experience. At the core of these metaphors and narrative forms is a theorisation of the newspaper's influence on society.

Jessica Valdez is Assistant Professor of English at the University of Hong Kong. Her published articles include "'Our Impending Doom' Seriality's End in Late-Victorian ProtoDystopian Novels," special issue on "Seriality," Journal of Modern Periodical Studies, 9.1 (2019), "'This is Our City' Realism and the Sentimentality of Place in David Simon's The Wire," European Journal of American Culture, 34.3 (2015), pp. 193-209 and "How to Write Yiddish in English, or Israel Zangwill and Multilingualism in Children of the Ghetto," Studies in the Novel, 46.3 (2014), pp. 315-334.