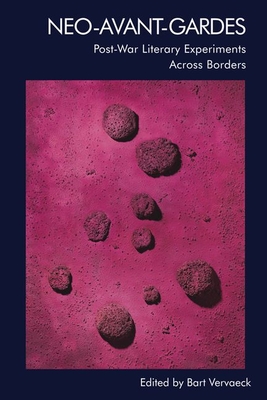 What are the forms in which the avant-garde returns after the Second World War? How does the literary avant-garde re-invent itself without losing its affinity with historical avant-garde currents such as surrealism and futurism?

This book explores the international relevance of the concept of neo-avant-garde for the study of post-war literary innovations covering North American, Latin American, Caribbean, Austrian, French, British, Belgian, Dutch and German cases. Each of the twenty-one newly commissioned chapters combines theoretical reflection with practical analysis. Together, they provide a multi-faceted account of diverse group and trends, such as the New Realists, Black Arts Movement, Labris and the Vienna Group. They also focus on a wide range of authors, like Pierre Alferi, Amiri Baraka, Konrad Bayer, Mario Bellat n, Kamau Brathwaite, and Anna Kavan. In addition, they pay attention to specific techniques, including erasure, lyricisation, and montage, and to specific genres such as comic books, experimental fiction, and visual poetry.