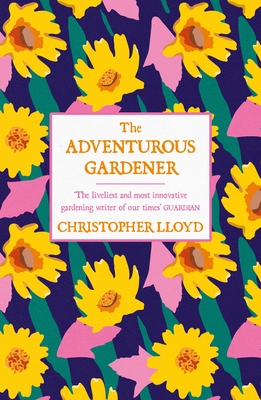 'The best informed, liveliest and most innovative gardening writer of our times' GUARDIAN

In this gardening classic the forever adventurous Christopher Lloyd takes us on a tour through the garden, to encourage, to reveal and to overturn the old and accepted when experience prompts him. He advises on cuttings, pruning, the art of compromise and takes another look at Miss Jekyll. Gardening was a passion, and throughout his life he developed Great Dixter to be one of Britain's greatest gardens.

For Christo gardening is nothing if not fun and - pointing out that 'to be roused into an argumentative frame of mind is in itself no bad thing' - he makes it equally stimulating and enjoyable for his readers.

Christopher Lloyd spent years lovingly developing and refining his celebrated gardens at Great Dixter in Sussex. Throughout his career he was unparalleled in gardening journalism, writing for many publications from COUNTRY LIFE to the GUARDIAN. In 1979 the Royal Horticultural Society conferred on him its highest honour, the VICTORIA MEDAL OF HONOUR. He received the OBE for services to horticulture in 2000 and died in 2006.
A brilliant gardener and a brilliant writer—Monty Don

Christopher Lloyd ranks with Gertrude Jekyll and Vita Sackville-West as one of the major figures in twentieth-century British gardening ... he was known and respected throughout the world as the voice of serious gardening—THE TIMES

He was the best informed, liveliest and most innovative gardening writer of our times—GUARDIAN

Christopher Lloyd taught us that we don't necessarily have to do things very differently - just better, and with all our heart—SPECTATOR

British horticulture is blessed with many inspired plantsmen and elegant writers, but rarely do those qualities combine as seamlessly as in Christopher Lloyd—INDEPENDENT