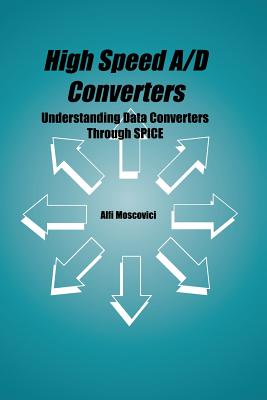 
Available in Warehouse. Wait for Email Confirmation for ETA
This book cannot be returned, cancelled, or exchanged. Please call for availability and pricing
The Analog to Digital Converters represent one half of the link between the world we live in - analog - and the digital world of computers, which can handle the computations required in digital signal processing. These devices are mathematically very complex due to their nonlinear behavior and thus fairly difficult to analyze without the use of simulation tools. High Speed A/D Converters: Understanding Data Converters Through SPICE presents the subject from the practising engineer's point of view rather than from the academic's point of view. A practical approach is emphasized.
High Speed A/D Converters: Understanding Data Converters Through SPICE is intended as a learning tool by providing building blocks that can be stacked on top of each other to build higher order systems. The book provides a guide to understanding the various topologies used in A/D converters by suggesting simple methods for the blocks used in an A/D converter. The converters discussed throughout the book constitute a class of devices called undersampled or Nyquist converters.
The tools used in deriving the results presented are: High Speed A/D Converters: Understanding Data Converters Through SPICE not only supplies the models for the A/D converters for SPICE program but also describes the physical reasons for the converter's performance.