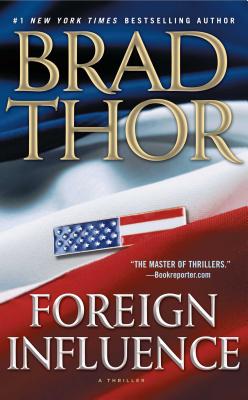 This is book number 9 in the The Scot Harvath Series series.

Navy SEAL turned covert operative Scot Harvath is called to action in Brad Thor’s red-hot thriller—a “must read for our times” (James Rollins). Buried within the black ops budgets of the Department of Defense, a newly created spy agency reports only to a secret panel of military insiders. Its job is to target America’s enemies—both foreign and domestic—under a charter of three simple words: Find, Fix, and Finish.

When a bombing in Rome kills a group of American college students, the evidence points to a dangerous colleague from Harvath’s past. Tasked with leveraging this relationship to lure the man out of hiding, Harvath must destroy him. But what if it is the wrong man?

In Chicago, a young woman is struck by a taxi in a hit-and-run, and the family’s attorney uncovers a shocking connection to the Rome bombing. Harvath must link together the disparate violence and race to prevent one of the most audacious and unthinkable acts of war in the history of mankind.
Brad Thor is the #1 New York Times bestselling author of nineteen thrillers, including Spymaster, Use of Force, The Last Patriot (nominated best thriller of the year by the International Thriller Writers Association), Blowback (recognized as one of the “Top 100 Killer Thrillers of All Time” by NPR), The Athena Project, and Foreign Influence (one of Suspense Magazine’s best political thrillers of the year). Visit his website at BradThor.com and follow Brad on Facebook at Facebook.com/BradThorOfficial and on Twitter @BradThor.