JUNG, FAUST and the DEVIL: Return to Alexandria & The Voices of the Dead (Paperback) 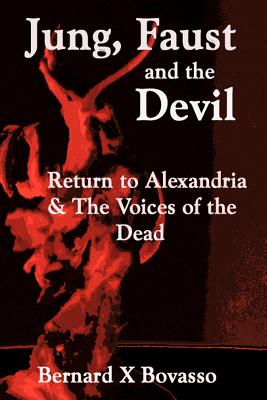 Jung and His Other

The name Philemon has reached public notice as much as the name of its author, Analytical Psychologist Prof. Dr. C.G. Jung. This is not so odd considering that more is publicly known about the man Jung on a multi-dimensional level than many a celebrity in recent history. Much has been revealed for all to see from the level of depth, breadth and intensity that not only includes his pioneer work in Depth Psychology but the more recent publication of his secretive creative endeavors now broadcast in a lavish facsimile edition of his original closet composed Red Book: as if suddenly the man of mind and his science of the psyche is brushed aside for the man of fabulous fantasy magic. That would be to say the man Jung has been eclipsed by his own imaginary man, Philemon.
Who is Philemon and by what power does he take stage center? Jung did not have to answer this question involving his successor because he insisted that the "all his life" closet work be made public only posthumously, almost as if to publicly reveal this other of his life as in fact a prognostication of his afterlife. Accordingly, in his fantasy he listens to the voices of the dead, a theme that I have extended in wider application to the world scene and the origins of Western culture since the founding of Alexandria "where the East meets the West" by Alexander the Great of ancient Albania (Illyria)