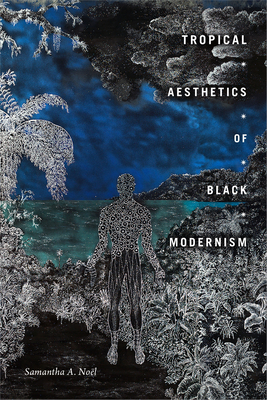 By Samantha A. Noël


Available in Warehouse. Wait for Email Confirmation for ETA
In Tropical Aesthetics of Black Modernism, Samantha A. No l investigates how Black Caribbean and American artists of the early twentieth century responded to and challenged colonial and other white-dominant regimes through tropicalist representation. With depictions of tropical scenery and landscapes situated throughout the African diaspora, performances staged in tropical settings, and bodily expressions of tropicality during Carnival, artists such as Aaron Douglas, Wifredo Lam, Josephine Baker, and Maya Angelou developed what No l calls "tropical aesthetics"-using art to name and reclaim spaces of Black sovereignty. As a unifying element in the Caribbean modern art movement and the Harlem Renaissance, tropical aesthetics became a way for visual artists and performers to express their sense of belonging to and rootedness in a place. Tropical aesthetics, No l contends, became central to these artists' identities and creative processes while enabling them to craft alternative Black diasporic histories. In outlining the centrality of tropical aesthetics in the artistic and cultural practices of Black modernist art, No l recasts understandings of African diasporic art.