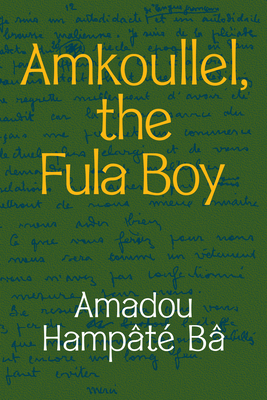 
Available in Warehouse. Wait for Email Confirmation for ETA
Born in 1900 in French West Africa, Malian writer Amadou Hamp t B was one of the towering figures in the literature of twentieth-century Francophone Africa. In Amkoullel, the Fula Boy, B tells in striking detail the story of his youth, which was set against the aftermath of war between the Fula and Toucouleur peoples and the installation of French colonialism. A master storyteller, B recounts pivotal moments of his life, and the lives of his powerful and large family, from his first encounter with the white commandant through the torturous imprisonment of his stepfather and to his forced attendance at French school. He also charts a larger story of life prior to and at the height of French colonialism: interethnic conflicts, the clash between colonial schools and Islamic education, and the central role indigenous African intermediaries and interpreters played in the functioning of the colonial administration. Engrossing and novelistic, Amkoullel, the Fula Boy is an unparalleled rendering of an individual and society under transition as they face the upheavals of colonialism.