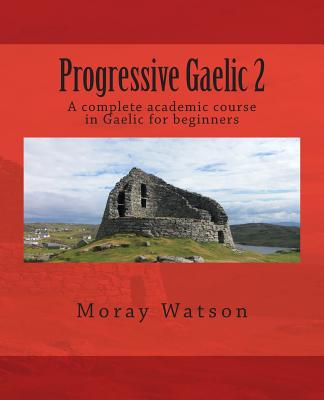 
Available in Warehouse. Wait for Email Confirmation for ETA
This book cannot be returned, cancelled, or exchanged. Please call for availability and pricing
This is the second volume in a series of textbooks designed to take the academically-minded student from beginner (or near-beginner) level to a stage where he/she has all the tools to achieve fluency. Attaining actual fluency will still depend on the student's own investment, in both time and energy. There will be five volumes in the series, with volumes 3 and 4 due to be published in 2013. Answer files for the exercises in the book are available on the book's website: http: //www.progressivegaelic.com. Progressive Gaelic is designed to support lessons with a qualified teacher, and is not a stand-alone or teach-yourself course. The material in this first volume is equivalent to the second half of Level 1 in the beginners' Gaelic course at the University of Aberdee.
Dr Moray Watson is Senior Lecturer and Head of Gaelic at the University of Aberdeen. He has been a university teacher for almost twenty years, at the Northern College, Aberdeen, the National University of Ireland, Galway, the University of the Highlands and Islands, and the University of Aberdeen. His publications include An Introduction to Gaelic Fiction (2011) and The Edinburgh Companion to the Gaelic Language (2010). His most recent book is a translation to Gaelic of Alice's Adventures in Wonderland, which will be published in 2012. He is currently translating The Hobbit to Gaelic.