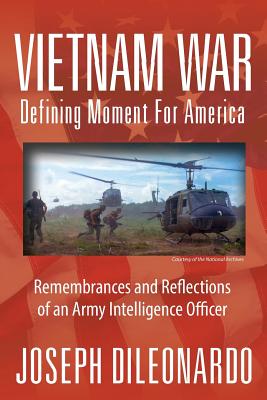 
Available in Warehouse. Wait for Email Confirmation for ETA
This book cannot be returned, cancelled, or exchanged. Please call for availability and pricing
Former Army Captain, Joseph W. DiLeonardo takes us on a personal journey that spans a century. You are introduced to his family and follow their lives from Italy and the "dust bowl" of Kansas to Sunnyvale, California, where Joseph and his siblings were born and raised. You are presented with the "greatest generation" who won World War II and returned America to a land of peace and plenty. From this society came the "citizen soldier", who would fight, die, be wounded, and emotionally scarred by the first war America lost. There are comparisons between America when Joseph was young, and America as it evolved after the Viet Nam War. As a veteran, a lawyer, a father, and husband filled with remembrances, Joseph uses every opportunity to make comparisons and espouse strong opinions. The focal point of the book is the 13 months and 12 days, Joseph served in Viet Nam. The premise of the book is that the Viet Nam War was the defining moment for America. He now recalls in a detailed account of his service as the Order of Battle Section Chief for the Americal Division. He relates as a witness and participant. He reflects in the present, with his opinions and recommendations about the Viet Nam War, war in general and the direction of America. We follow a young officer as he moves from a new and naive leader to a driven aggressive intelligence chief. That change comes with his first intelligence assessment for the Summer Campaign in 1969. That campaign was one of the largest battles for the Americal Division and arguably the most important in affecting the outcome of the War. The young Captain saw the real tragedy of war: his assessment was disregarded and soldiers died. It changed him. We share a visit from the CIA station chief; the initial investigation into the My Lai Massacre; the planning stages to launch President Nixon's "secret plan to end the war"; the early studies to determine women's role in war; the first release of American POW's; the first use of "computers" for.
Joseph W. DiLeonardo graduated from the University of Santa Clara in 1965 and was commissioned at the same time as a Reserve Officer in the United States Army. In 1968 the author graduated from the University of Santa Clara with a Juris Doctor degree. He commenced active duty in 1968 completing infantry and intelligence training before being ordered to Vietnam in May 1969. He was assigned Chief Order of Battle Section for the 635th MID of the Americal Division. In June 1970 he was returned to the United States having been awarded the Bronze Star Medal with first Oak Leaf; the Army Commendation medal and two Gallantry Crosses from the Republic of Vietnam. The author practiced law in California and now resides in Colorado near Denver. He has been married to his Wife, Sharon since 1979 and they have one child Christina. The author is active in Veterans groups and in politics.