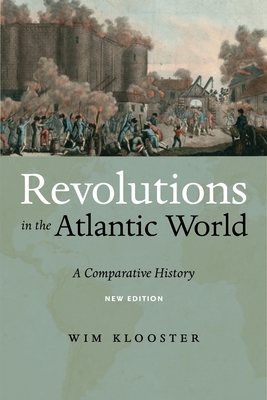 Within just a half century, the American, French, Haitian, and Spanish American revolutions transformed the Atlantic world. This book is the first to analyze these events through a comparative lens, revealing several central themes in the field of Atlantic history. From the murky position of the European empire between the Old and New Worlds to slavery and diaspora, Wim Klooster offers insights into the forces behind the many conflicts in the Atlantic world in the late eighteenth and early nineteenth centuries. Digging deeply into the structural causes and oppressive environments in which these revolutions occurred, Klooster debunks the popular myth that the "people" rebelled against a small ruling elite, arguing instead that the revolutions were civil wars in which all classes fought on both sides. The book reveals the extent to which mechanisms of popular mobilization were visible in the revolutions. For example, although Blacks and Indians often played an important role in the success of the revolutions, they were never compensated once new regimes rose to power. Nor was democracy a goal or product of these revolutions, which usually spawned authoritarian polities. The new edition covers the latest historiographical trends in the study of the Atlantic world, including new research regarding the role of privateers. Drawing on fresh research - such as primary documents and extant secondary literature - Klooster ultimately concludes that the Enlightenment was the ideological inspiration for the Age of Revolutions, although not its cause.
Wim Klooster is Professor of History at Clark University. He is the author or (co-)editor of many books, including The Dutch Moment: War, and Trade, and Settlement in the Seventeenth-Century Atlantic World, The Atlantic World: Essays on Slavery, Migration, and Imagination, and Illicit Riches: Dutch Trade in the Caribbean, 1648-1795.