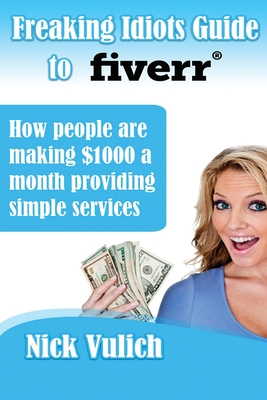 
Available in Warehouse. Wait for Email Confirmation for ETA
This book cannot be returned, cancelled, or exchanged. Please call for availability and pricing
Hello everybody. My name is Nick Vulich. and I bet your first question is: What makes me qualified to tell you how to sell on eBay? I have been selling on eBay since 1999. Last month I sold over 300 old magazines that most people and libraries would just throw away as worthless junk. In my better months before the recession hit back in 2008, I used to take in $9,000, even $10,000 a month. According to eBay I have completed 29,260 transactions since November 2, 2001, and that's just on my history-bytes id. I think that makes me uniquely qualified to show you how to make a few bucks on eBay. I know what it's like starting out, and trying to figure out just what it is you want to sell, and that's not anything - compared to trying to figure out how you're going to approach selling those same items. It's scary. And, it's that fear that keeps a lot of people from even trying to sell on eBay. I don't know how many times I have shown people what I do, and they say - yeah! They understand. But, they don't get it, because they don't understand why people buy what I sell. My point is, I know the ins and outs of eBay, and if you are ready I can show you what you need to know to help you take that next step, where you can make $100 TODAY, and every day that you need it.