Evolution of a Chinese Halfpat (Paperback) 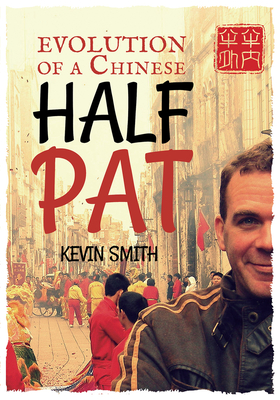 Evolution of a Chinese Halfpat (Paperback)


Available in Warehouse. Wait for Email Confirmation for ETA
Anyone can live in a foreign land.
Becoming a part of it? Well, that’s the hard part.
In the Chinese fable, “A frog at the bottom of the well,” a tiny critter believed that his water trough was the center of the universe. That was until a greater world beyond its narrow view was introduced.

Kevin Smith, an overly-imaginative Midwest American, arrived in China expecting a bygone era. The absence of acrobatic lion dancers, exploding firecrackers, and clashing cymbals on every corner, outdated and stereotypical beliefs were exposed to reality. This insightful and humorous memoir chronicles Kevin’s decades-long journey in the “Middle Kingdom.” It illustrates how someone becomes a halfpat, meeting a foreign culture halfway, pushing beyond the expat bubble that confines so many of us who live abroad. Hopping beyond his tiny well, Kevin, the Western-frog-turned halfpat, has realized the world is bigger than any one ideology and there is plenty of room for differing views and opinions when in the name of love and adventure.
A peanut butter and jelly-filled dumpling wobbling on a chopstick’s edge, teetering between two borders, Kevin Smith continues to pursue one of life’s greatest pleasures, cultural observation through direct experience. He is a published author with Hello, Rice, I’m Hamburg-er and Kentucky Azaleas. With close to 20 years’ experience in China, having acted as educator, manager, student, actor, consultant, translator, restaurant critic, volunteer, salesman, and writer, he’s grown and reflected as both an individual and a “foreigner.” He currently lives with his wife in Shanghai, China.