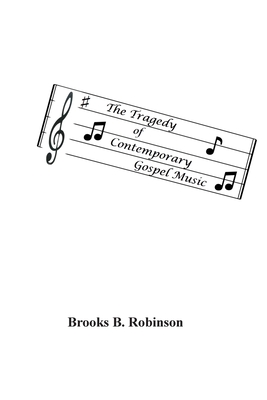 
Available in Warehouse. Wait for Email Confirmation for ETA
This book cannot be returned, cancelled, or exchanged. Please call for availability and pricing
Afrodescendants' position at the lower-end of economic metrics in the US was reinforced during the Great Recession of 2008-2009. Social groups in such a position are expected to use all available resources to improve their plight-including religion. A key component of the Afrodescendant religious tradition (in and outside of religious liturgies) is Gospel Music. No question about it, Gospel Music has been used historically as a motive force for improving conditions for Afrodescendants. Did Afrodescendants use Gospel Music to improve their economic condition in response to the Great Recession? More broadly, what are the discernable effects of contemporary Gospel Music? THE TRAGEDY OF CONTEMPORARY GOSPEL MUSIC reflects findings from musical, content, and Probit regression analysis of contemporary Gospel Music. We find that, while economic concerns are strongly present in the Gospel Music exchange, the music is not widely used to motivate improved economic outcomes for Afrodescendants.
Dr. Books Robinson is a graduate of the University of Wisconsin-Madison and of George Mason University in Fairfax, Virginia. He has over 25 years of experience as an economist in the public and private sectors, focusing mainly on national and public sector economic accounting, economic development in Asia, and on Black American and ethnic economic issues. For the latter category, he has covered the following topics: The future, religion, education, the criminal justice system, income inequality, media, the fiscal imbalance for Black America, emigration, nation formation, strategic planning, and Social Security. Dr. Robinson has numerous publications to his credit: Books, monographs, chapters in composite works, essays, scholarly articles, encyclopedia entries, book reviews, and commentaries. He is a world traveler who continues to bring a fresh perspective to his social criticism and to his writing on economic topics. He is Director of BlackEconomics.org; an Internet website (), which serves as a resource for Black American economic concepts, issues, policies, and plans.