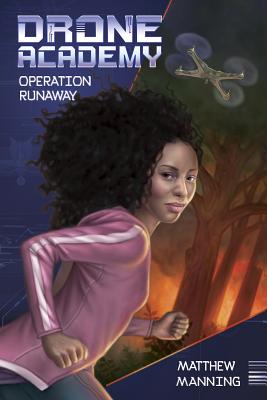 
This title is likely unavailable. Email or call for price and availability.
Despite the fact that she's a founding member of Drone Academy, Zora Michaels is viewed as a flighty girly-girl by the other kids at her high school. Masking her genius-level intellect with the latest clothing trends and her popular group of friends, Zora's real passion lies behind her keyboard. But when the younger brother of one of the school's least popular students goes missing, Zora begins to search for the runaway using her tough-as-nails drone. Things get complicated when a nearby forest fire endangers the boy's life. Zora must coordinate with local firefighters to locate and rescue the runaway, all while keeping her identity a secret from her increasingly nosy peers.