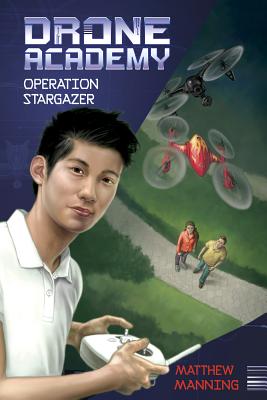 
This title is likely unavailable. Email or call for price and availability.
While Howard To has always been on the geeky side, there's one girl who brings him out of his shell. Unfortunately, she's Hollywood's hottest sci-fi star and about as likely to cross Howard's path as he is likely to be struck by lightning. But when the starlet is hounded by a stalker who uses a drone to spy on her private life, Howard sees his chance to be a knight in shining armor. He employs his own drone to engage in aerial combat with the stalker's UAV, despite complaints from Parker, a fellow Drone Academy member. In the process, Howard also realizes his chance at romance may be closer to home than he realizes. . . .