The Kookaburra Who Couldn't Laugh: And Other Stories (Paperback) 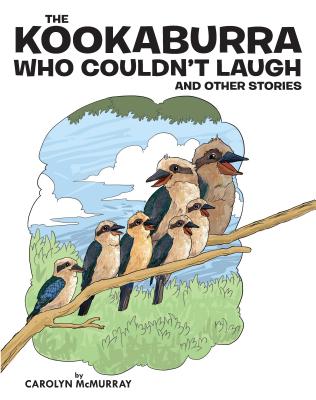 The Kookaburra Who Couldn't Laugh: And Other Stories (Paperback)

The Kookaburra Who Couldn't Laugh and Other Stories is a series of six lighthearted stories about Australian native animals--a koala, a kangaroo, an emu, a wombat, and an echidna. All the stories are told in the voice of the baby animal and provide educational information about each of these species and how they raise their young. They are part humorous, part informative, and part with a moral to the story as shown in the titles: The Koala Who Hated Gum Leaves, The Kangaroo Who Preferred to Skip, The Wombat Who Didn't Like Digging, The Emu Who Wanted to Fly, and The Echidna Who Didn't Like Ants.

Carolyn McMurray was born in Sydney and has lived there most her life. Ten years ago she moved to a golf resort in S.E. Queensland where she plays golf and bridge. She has always had a great interest in reading and runs a book club. She has always been interested in Australian native animals and has ample opportunity to observe them on the golf course. She and her partner, an ex Qantas captain, have traveled extensively around the world. She worked originally as a secretary and also spent twelve years working in catering, where she developed a love of food and wine. She has two adult children, one of whom works and lives in Berlin and one in country New South Wales.