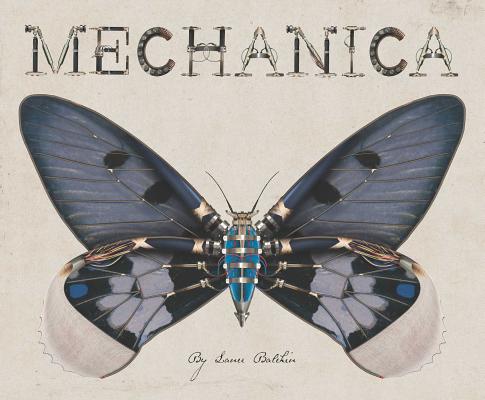 
This title is likely unavailable. Email or call for price and availability.
An imaginative field guide to the fantasy world of Mechanica creatures, with amazing and beautiful steampunk-inspired illustrations.

Set in the twenty-third century, the book describes how Earth could no longer support wildlife. The warnings had been ignored. Corporations continued to expose the environment to chemical and radioactive waste, and many Earth species began to disappear. By 2200, vast areas of the world had become uninhabitable and wildlife extinct. In place of the lost wildlife species, the corporations began to create Mechanica. But the Mechanica escaped their confinement, and started to develop in the wild on their own. Filled with inventive and awe-inspiring images and details, this book is sure to spark readers' imaginations! Kids will marvel at the steampunk-inspired renderings of mechanical bugs, birds, bats, snakes, and more!
Lance Balchin is a photographer who takes images of laboratory equipment and reconstructs it, layer by layer, into mechanical life forms. He lives in Australia.