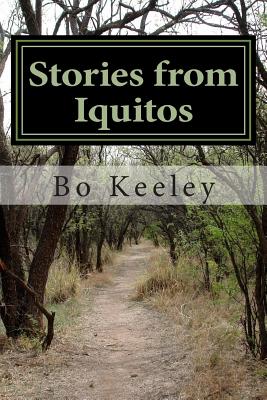 
Available in Warehouse. Wait for Email Confirmation for ETA
This book cannot be returned, cancelled, or exchanged. Please call for availability and pricing
Iquitos, Peru at the headwaters of the Amazon has been my stomping grounds since 1999 when I was captured by the Mayoruna Indians (Cat People). I built a retirement crate at the International Shaman's Conference to study ayahuasca, walked from Iquitos to Nauta along the carretera when it was a jungle path, have had my share of scrapes with the Belen thugs, Policia, and government officials, visited the prisons, nuthouse and abandoned buildings, hiked thousands of miles of jungle trails, hoboed Peru's major rivers and tributaries, been medivac d out three times, met the principals of the exquisite expatriate population, and bought a home owned by a ghost. That's Iquitos, and these are my true stories.
Steven bo Keeley is a Doctor of Veterinary Medicine, former national racquet champion, and has traveled to 105 countries on a shoestring. "My life follows the vicissitudes of Buck the Dog in Jack London's Call of the Wild: From comfortable backyards across America; boxcars on every major railroad; 100+ countries under a backpack; hiking the lengths of Florida, Colorado, Vermont, California, Death Valley, and Baja; to retirement in a desert burrow with Sir the Rattlesnake as a doorkeeper...and a solar computer to write books." In 2007, he became the first California substitute teacher-most requested by students and faculty-to be fired in a playground war. He left to ride the rails, and then became an itinerant expatriate writing from selected global Shangri-Las including San Felipe, Baja, unspoiled Lake Toba, Sumatra, and his favorite since 1999, Iquitos, Peru. His Wikipedia reads like Indiana Jones.