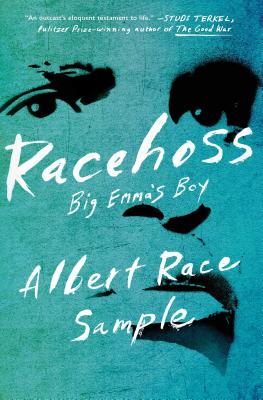 
This title is likely unavailable. Email or call for price and availability.
“A timeless classic” (San Antonio Express-News), reissued with a new foreword, afterword, and ten percent more material about a black man who spent seventeen years on a brutal Texas prison plantation and underwent a remarkable transformation.

First published in 1984, Racehoss: Big Emma’s Boy is Albert Race Sample’s “unforgettable” (The Dallas Morning News) tale of resilience, revelation, and redemption. Born in 1930, the mixed-race son of a hard-drinking black prostitute and a white cotton broker, Sample was raised in the Jim Crow South by an abusive mother who refused to let her son—who could pass for white—call her Mama. He watched for the police while she worked, whether as a prostitute, bootlegger, or running the best dice game in town. He loved his mother deeply but could no longer take her abuse and ran away from home at the age of twelve.

In his early twenties, Sample was arrested for burglary, robbery, and robbery by assault and was sentenced to nearly twenty years in the Texas prison system in the 1950s and 60s. His light complexion made him stand out in the all-black prison plantation known as the “burnin’ hell,” where he and over four hundred prisoners picked cotton and worked the land while white shotgun-carrying guards followed on horseback. Sample earned the moniker “Racehoss” for his ability to hoe cotton faster than anyone else in his squad. A profound spiritual awakening in solitary confinement was a decisive moment for him, and he became determined to turn his life around. When he was finally released in 1972, he did just that.

Though Sample was incarcerated in the twentieth century, his memoir reads like it came from the nineteenth. With new stories that had been edited out of the first edition, a foreword by Texas attorney and writer David R. Dow, and an afterword by Sample’s widow, Carol, this new edition of Racehoss: Big Emma’s Boy offers a more complete picture of this extraordinary time in America’s recent past.
A multi-recidivist and after seventeen years of incarceration, Albert Race Sample, author of Racehoss: Big Emma’s Boy, became the first ex-convict in Texas to work out of the Office of the Governor, to serve as a probation officer for Travis County, and to serve on the staff of the State Bar of Texas. He was granted a full pardon and restoration of all civil rights in 1976. The recipient of numerous humanitarian awards and the Outstanding Crime Prevention Citizen of Texas Award, Sample resided in Austin with his wife, Carol, until his passing in 2005.