At the Risk of Thinking: An Intellectual Biography of Julia Kristeva (Psychoanalytic Horizons) (Paperback) 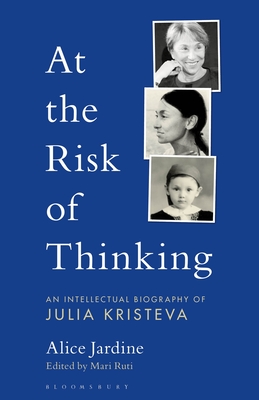 At the Risk of Thinking: An Intellectual Biography of Julia Kristeva (Psychoanalytic Horizons) (Paperback)


Available in Warehouse. Wait for Email Confirmation for ETA
At the Risk of Thinking is the first biography of Julia Kristeva--one of the most celebrated intellectuals in the world. Alice Jardine brings Kristeva's work to a broader readership by connecting Kristeva's personal journey, from her childhood in Communist Bulgaria to her adult life as an international public intellectual based in Paris, with the history of her ideas. Informed by extensive interviews with Kristeva herself, this telling of a remarkable woman's life story also draws out the complexities of Kristeva's writing, emphasizing her call for an urgent revival of bold interdisciplinary thinking in order to understand--and to act in--today's world.
Alice Jardine is Professor of Romance Languages and Literatures and of Studies of Women, Gender, and Sexuality at Harvard University, USA. Her publications include Gynesis: Configurations of Woman and Modernity (1985), Living Attention: On Teresa Brennan (2007), and, as translator, Julia Kristeva's Desire in Language: A Semiotic Approach to Literature and Art (ed. Leon Roudiez, trans. Thomas Gora, Alice Jardine and Leon Roudiez, 1980).