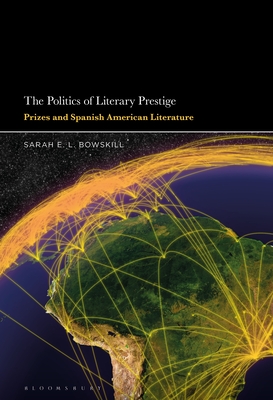 The Politics of Literary Prestige provides the first comprehensive study of prizes for Spanish American literature. Covering state-sponsored and publisher-run prizes including the Biblioteca Breve Prize - credited with launching the 'Boom' in Spanish American literature - the Premio Cervantes and the Nobel Prize for Literature, this book examines how prizes have underpinned different political agenda. As new political positions have emerged so have new awards and the role of the author in society has evolved. Prizes variously position the winners as public intellectual, spokesperson on the world stage or celebrity in the context of an increasingly globalized literature in Spanish.

Drawing on a range of sources, Sarah E.L Bowskill analyses prizes from the perspective of different stakeholders including states, publishers, authors, judges and critics. In so doing, she untangles the inner workings of literary prizes in Spanish-speaking contexts, proposes the existence of a prizes network and demonstrates that attitudes to cultural prizes are not universal but are culturally determined.
Sarah E.L. Bowskill is Senior Lecturer in Latin American Studies at Queen's University Belfast, UK. She is the author of Gender, Nation and the Formation of the Twentieth-Century Mexican Literary Canon (2011).