Searching for the Anthropocene: A Journey Into the Environmental Humanities (Hardcover) 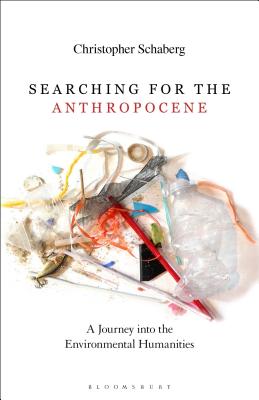 Searching for the Anthropocene: A Journey Into the Environmental Humanities (Hardcover)

Debated, denied, unheard of, encompassing: The Anthropocene is a vexed topic, and requires interdisciplinary imagination.

Starting at the author's home in rural northern Michigan and zooming out to perceive a dizzying global matrix, Christopher Schaberg invites readers on an atmospheric, impressionistic adventure with the environmental humanities. Searching for the Anthropocene blends personal narrative, cultural criticism, and ecological thought to ponder human-driven catastrophe on a planetary scale. This book is not about defining or settling the Anthropocene, but rather about articulating what it's like to live in the Anthropocene, to live with a sense of its nagging presence--even as the stakes grow higher with each passing year, each oncoming storm.
Christopher Schaberg is Dorothy Harrell Brown Distinguished Professor of English at Loyola University New Orleans, USA. He is the author of The Textual Life of Airports (2013), The End of Airports (2015), Airportness (2017), and The Work of Literature in an Age of Post-Truth (2018), all published by Bloomsbury.