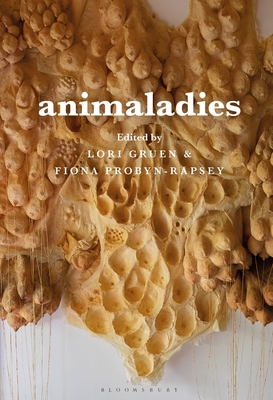 Highlighting the frequent pathologization of animal lovers and animal rights activists, this book examines how the "madness" of our relationships with animals intersects with the "madness" of taking animals seriously. The essays collected in this volume argue that "animaladies" are expressive of political and psychological discontent, and the characterization of animal advocacy as mad or "crazy" distracts attention from broader social unease regarding human exploitation of animal life. While allusions to madness are both subtle and overt, they are also very often gendered, thought to be overly sentimental with an added sense that emotions are being directed at the wrong species. Animaladies are obstacles for the political uptake of interest in animal issues-as the intersections between this volume and established feminist scholarship show, the fear of being labeled unreasonable or mad still has political currency.
Lori Gruen is William Griffin Professor of Philosophy at Wesleyan University, USA, where she is also a professor of Feminist, Gender, and Sexuality Studies and coordinates Wesleyan Animal Studies. She is co-editor, with Carol J. Adams, of Ecofeminsim: Feminist Intersections with Other Animals and the Earth (Bloomsbury, 2014).Fiona Probyn-Rapsey is Professor in the School of Humanities and Social Inquiry at the University of Wollongong, Australia. She is author of Made to Matter: White Fathers, Stolen Generations (2013) as well as co-editor of Animal Death (2013) and Animals in the Anthropocene: Critical Perspectives on Non-human Futures (2015).