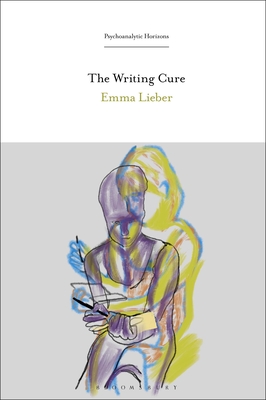 In The Writing Cure, Emma Lieber tells the story of her decade-long analysis, and her becoming a psychoanalyst, by tracing dreams, scenes, and signifiers that emerged from her analysis while also undertaking critical explorations of works of psychoanalytic theory and literary texts. The Writing Cure thus articulates what psychoanalysis does for its patients by writing the moment of its termination in real time, performing the convergence of theory and life on which psychoanalysis itself balances.

Throughout, Lieber considers what psychoanalysis--the talking cure--has to do with writing: the foundation of psychoanalysis on Freud's distinctive writing practice; what it means to write oneself as a psychoanalyst; the extent to which the cure involves a new kind of self-writing. Most broadly, The Writing Cure asks: What would it look like to write your way to the end of an analysis? Is it possible to write yourself into the position of psychoanalyst? Is it possible to write your cure?
Emma Lieber is a psychoanalyst with a practice in New York City and part-time faculty in Literary Studies at the New School, USA. Her work has appeared or is forthcoming in Cabinet, The Point Magazine, LitHub, New England Review, The Massachusetts Review, European Journal of Psychoanalysis, Slavic Review, Slavic and East European Journal, among others.