The Emergence of Literature: An Archaeology of Modern Literary Theory (Paperback) 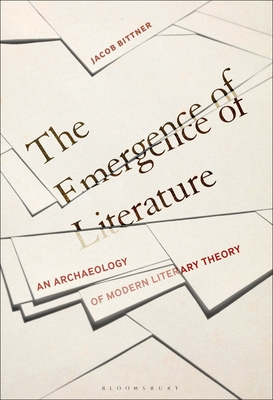 The Emergence of Literature: An Archaeology of Modern Literary Theory (Paperback)

The Emergence of Literatureis an extension and reworking of a series of significant propositions in philosophy and literary theory: Jean-Luc Nancy and Philippe Lacoue-Labarthe's examination of the concept of the literary absolute; Martin Heidegger's destruction and Giorgio Agamben's archaeology of the metaphysics of will; Maurice Blanchot's delimitation of the space of literature; and Michel Foucault's archaeology of literature. Its core contribution to the history of theory is to understand the literary absolute not simply as philosophical concept, but as a paradigm that delimits the horizon for currents of literary theory through the course of the 20th century where the literary criteria change from the theme of sincerity to the theme of the death of the author.

Stretching from Kant to Hegel, from H lderlin to the Early German Romantics, from John Stuart Mill to New Criticism, from Benjamin to Barthes, The Emergence of Literatureexamines the relation between continental philosophy and literature in the post-Kantian era.
Jacob Bittner is an independent scholar who earned his PhD in critical theory at King's College London, UK.