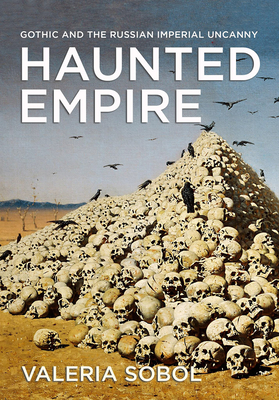 Valeria Sobol argues that the persistent presence of Gothic tropes in the literature of the Russian Empire is a key literary form that enacts deep historical and cultural tensions arising from Russia's idiosyncratic imperial experience. Her book brings together theories of empire and colonialism with close readings of canonical and less-studied literary texts as she explores how Gothic horror arises from the threatening ambiguity of Russia's own past and present, producing the effect Sobol terms the imperial uncanny. Focusing on two spaces of the imperial uncanny--the Baltic north/Finland and the Ukrainian south--Haunted Empire reconstructs a powerful discursive tradition that reveals the mechanisms of the Russian imperial imagination that are still at work today.

Valeria Sobol is Associate Professor of Slavic Languages and Literatures at the University of Illinois, Urbana-Champaign. She is the author of Febris Erotica and a coeditor of Interpreting Emotions in Russia and Eastern Europe.