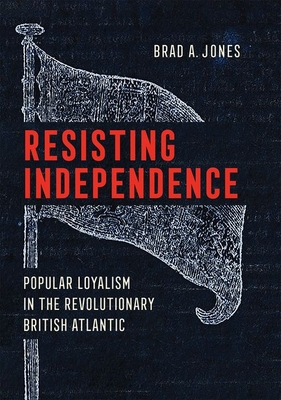 By Brad A. Jones

In Resisting Independence, Brad A. Jones maps the loyal British Atlantic's reaction to the American Revolution. Through close study of four important British Atlantic port cities--New York City; Kingston, Jamaica; Halifax, Nova Scotia; and Glasgow, Scotland--Jones argues that the revolution helped trigger a new understanding of loyalty to the Crown and empire. This compelling account reimagines Loyalism as a shared transatlantic ideology, no less committed to ideas of liberty and freedom than the American cause and not limited to the inhabitants of the thirteen American colonies.

Jones reminds readers that the American Revolution was as much a story of loyalty as it was of rebellion. Loyal Britons faced a daunting task--to refute an American Patriot cause that sought to dismantle their nation's claim to a free and prosperous Protestant empire. For the inhabitants of these four cities, rejecting American independence thus required a rethinking of the beliefs and ideals that framed their loyalty to the Crown and previously drew together Britain's vast Atlantic empire.

Resisting Independence describes the formation and spread of this new transatlantic ideology of Loyalism. Loyal subjects in North America and across the Atlantic viewed the American Revolution as a dangerous and violent social rebellion and emerged from twenty years of conflict more devoted to a balanced, representative British monarchy and, crucially, more determined to defend their rights as British subjects. In the closing years of the eighteenth century, as their former countrymen struggled to build a new nation, these loyal Britons remained convinced of the strength and resilience of their nation and empire and their place within it.

Brad A. Jones is Professor of History at California State University, Fresno.