The CBS Murders: A True Account of Greed and Violence in New York's Diamond District (Paperback) 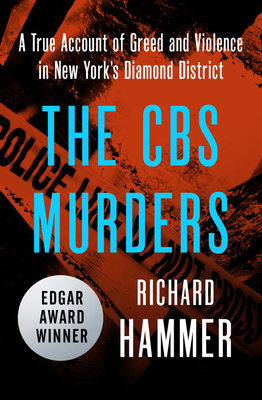 The CBS Murders: A True Account of Greed and Violence in New York's Diamond District (Paperback)


Available in Warehouse. Wait for Email Confirmation for ETA
Winner of the Edgar Award: The gripping account of a gruesome mass murder in gritty 1980s New York and the relentless hunt for a coldblooded killer. On a warm spring evening in 1982, thirty-seven-year-old accountant Margaret Barbera left work in New York City and walked to the West Side parking lot where she kept her BMW. Finding the lock on the driver's side door jammed, she went to the passenger's side and inserted her key. A man leaned through the open window of a van parked in the next spot, pressed a silenced pistol to the back of Margaret's head, and fired. She was dead before she hit the pavement. It was a professional hit, meticulously planned--but the killer didn't expect three employees of the nearby CBS television studios to stumble onto the scene of the crime. "You didn't see nothin', did you?" he demanded, before shooting the first eyewitness in the head. After chasing down and executing the other two men, the murderer sped out of the parking lot with Margaret's lifeless body in the back of his van. Thirty minutes later, the first detectives arrived on the scene. Veterans of Midtown North, a sprawling precinct stretching from the exclusive shops of Fifth Avenue to the flophouses of Hell's Kitchen, they thought they'd seen it all. But a bloodbath in the heart of Manhattan was a shocking new level of depravity, and the investigation would unfold under intense media coverage. Setting out on the trail of an assassin, the NYPD uncovered one of the most diabolical criminal conspiracies in the city's history. Richard Hammer's blow-by-blow account of "the CBS Murders" is a thrilling tale of greed, violence, and betrayal, and a fascinating portrait of how a big-city police department solved the toughest of cases.

Richard Hammer is the author of more than twenty fiction and nonfiction books, as well as numerous short stories, articles, and essays for major publications worldwide. He has won two Edgar Awards for Best Fact Crime, for The Vatican Connection (1982) and The CBS Murders (1987), and was a finalist for the Pulitzer Prize and the National Book Award for The Court-Martial of Lt. Calley (1971). Both the New York Times and the Washington Post named One Morning in the War (1970) and The Court-Martial of Lt. Calley one of the ten best books of the respective years in which they were published. Hammer's first book, Between Life and Death (1969), explored the case that led to the landmark Supreme Court decision in Brady v. Maryland and its repercussions. He wrote and narrated the Academy Award-winning documentary Interviews with My-Lai Veterans (1970), and has been involved in many TV films and motion pictures. Before becoming a full-time freelance writer, he wrote for the New York Times and its Week in Review section, where he covered the war in Vietnam, the civil rights struggle, and most other major stories of the times. A native of Hartford, Connecticut, Hammer attended Mount Hermon School, earned degrees from Syracuse University and Trinity College, and did postgraduate work at Columbia University. He and his wife currently reside in New York City.