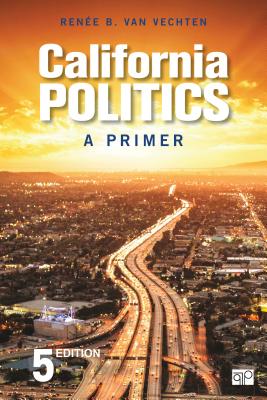 By Renée B. Van Vechten

The thoroughly revised Fifth Edition of California Politics: A Primer concisely explains how California's history, political culture, rules, and institutions come together to shape politics today and how they will determine the state of affairs tomorrow. Author Renee B. Van Vechten begins with a brief political history of California, then walks through direct democracy, the legislature, executive branch, and court system. She covers local government and concludes with a discussion of the state's budget process, campaigns and elections, political engagement, and policy issues. From the structure of the state′s government to its local representatives, policies, and voter participation, California Politics: A Primer delivers the concepts and details students need.

New to the Fifth Edition