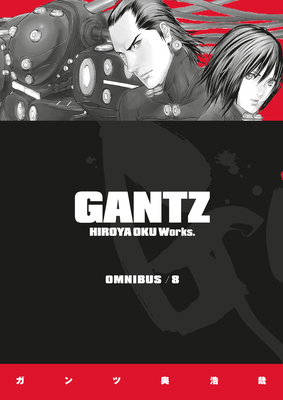 The Tokyo Gantz squad of alien fighters join with the battle-hardened Osaka team to face the insanely powerful boss class of offworld horrors. But when facing the beautiful but deadly shape-shifting “100 point” boss, the Gantz warriors soon discover that even the combined firepower of two teams may not be enough to prevail—or survive!

Hiroya Oku is a manga artist who is the creator of Gantz, Zero One, and HEN, all of which have been serialized in Young Jump magazine. His manga often contain explicit violence and gore, as well as sexual situations. He won the second prize of the Youth Manga Awards in 1988, under the pen name Yahiro Kuon. He also designed a character for Bandai Namco's Xbox 360 and PlayStation 3 fighting game Soulcalibur IV, named "Shura." The author lives in Tokyo, Japan.
“Drawn with eye-popping realism.” —Entertainment Weekly