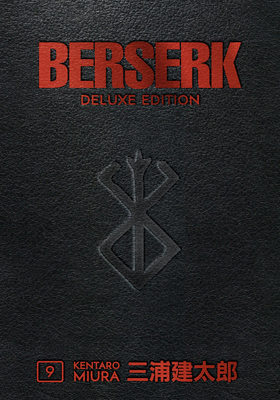 
Available in Warehouse. Wait for Email Confirmation for ETA
The acclaimed adult horror manga is now in presented in deluxe hardcover editions in the original oversized serialization format.

Though Guts the Black Swordsman lies near death from battling the dragon knight Grunbeld and his demonic legion, the witch Schierke has a dangerous tool to put Guts back in the fight: the unholy Berserker Armor. But the accursed shell unleashes its host’s inner demons, which might send the tormented Guts into eternal darkness!

While attending college at Nihon University, in 1988, Kentaro Miura debuted a 48-page manga known as Berserk Prototype, an introduction to the current Berserk fantasy world. It went on to win Miura a prize from the Comi Manga School. In 1989, after receiving a doctorate degree, Kentarou started a project titled King of Wolves based on a script by Buronson, writer of Hokuto no Ken (Fist Of The North Star).

In 1990, the first volume Berserk was released with a relatively limited success. Miura again collaborated with Buronson on a manga entitled Japan. Miura's fame grew after Berserk began "The Golden Age" story arc and the huge success of this masterpiece made of him one of the most prominent contemporary manga artists.