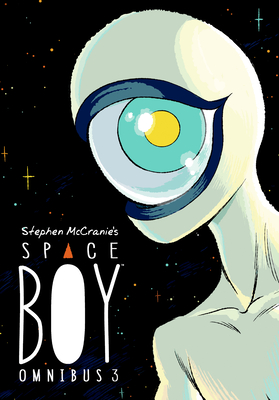 
Available in Warehouse. Wait for Email Confirmation for ETA
The origin of Space Boy revealed!

Amy tries to put her suspicions on hold, and enjoy the homecoming dance, only to discover the secrets she’s been searching for have been right under her nose. And deep in space, the Arno closes in on its destination…the mysterious object known only as The Artifact.

A sci-fi drama of a high school aged girl who belongs in a different time, a boy possessed by emptiness as deep as space, an alien artifact, mysterious murder, and a love that crosses light years.

Collects Stephen McCranie’s Space Boy volumes 7–9.
Stephen McCranie is the writer and illustrator for Space Boy and Mal and Chad, all-ages graphic novel series. Stephen grew up drawing comics from an early age. He eventually earned a Fine Arts degree at the University of New Mexico. Stephen originally created Mal and Chad as a comic strip for the UNM school newspaper.
“The story is unlike any I’ve read before. If you like thought-provoking sci-fi that’s a bit off the beaten path, Space Boy is the comic for you.”—Fanbase Press