The Art and Science of Personal Magnetism (Paperback) 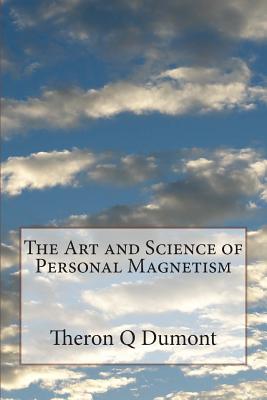 The Art and Science of Personal Magnetism (Paperback)


Available in Warehouse. Wait for Email Confirmation for ETA
This book cannot be returned, cancelled, or exchanged. Please call for availability and pricing
Excerpted Text: The fact is that every person generates and throws off a certain degree (varying among different individuals) of personal magnetism, which affects the minds of other persons coming within the field of its influence. Not only does each person emanate and project a certain amount or degree of personal magnetism, additionally, each person is also constantly surrounded by a field of personal magnetic influence - a personal atmosphere, so to speak. This personal atmosphere affects to a greater or lesser degree other persons coming within its field of influence. This personal atmosphere varies greatly in degree of strength, extent and general character, among different individuals. The average person has but a weak personal atmosphere, which extends but a short distance on all sides of him, while the strong characters of the race are surrounded by a widely spread personal atmosphere of great, power, especially when they are aroused by any strong emotion, feeling or desire. The personal atmosphere of those strong individuals, who are generally recognized as leaders of the race, usually extends great distances from the person, and is fairly saturated with strong dynamic magnetism, which impresses itself strongly upon those coming within their field of influence. Some may raise the question that if, as I have said, each and every person is possessed of personal magnetism, then why should any one bother any more about the matter, or study the subject of personal magnetism at all. Such a question (and it is frequently raised, for that matter) causes a smile to manifest on the features of those who have knowledge of the subject; so childish does it seem to them. While it is true that each and every person is possessed of personal magnetism to some degree, it is equally true that the majority of persons have but a weak magnetic force, and that often of a negative or undesirable character. And, it is a fact positively known to those who have mastered the subject, that even the weakest and most negative person may so develop his or her personal magnetism as to gradually acquire the same degree and character of magnetism as that possessed by many individuals originally far in advance of them in magnetic influence. One may completely change the character of his personal magnetism, from negative to positive, from undesirable to desirable, by careful study and practice along the lines, which I shall lay down in this book. Moreover, it is possible for any person possessing sufficient will, perseverance and determination to develop from a puny state of magnetism into a condition of giant magnetic powers. But this latter requires determination, constant practice until a certain stage is reached, and an indomitable will. While any one may easily increase his or her degree of power of personal magnetism, and still more easily change the character of one's personal atmosphere, the higher prizes are reserved for those who will persevere to the end, and continue faithful in the exercises. This, of course, is true not only of personal magnetism, but also of every other thing worth having. There is no royal road to anything worth having. We must work for what we get. The prizes are not for the weaklings and triflers, but for the persistent, earnest individuals who will "hang on" until they succeed.