On the Origin of Species (Hardcover) 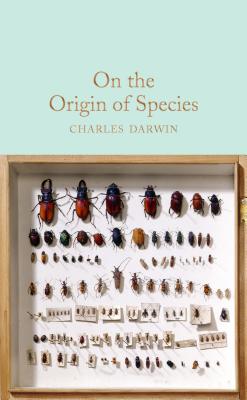 On the Origin of Species (Hardcover)

The Origin of Species Darwin outlined his theory of evolution, which proposed that species had been evolving and differentiating over time under the influence of natural selection. On its publication it became hugely influential, bringing about a seismic shift in the scientific view of humanity's place in the world that is still controversial today. It is both a brilliant work of science and also a clear, vivid and at times even moving, piece of writing that reflects both Darwin's genius and his boundless enthusiasm for the natural world.

With an Afterword by Oliver Francis

Charles Darwin was born on 12th February 1809. He studied medicine at Edinburgh University for two years before going up to Christ's College Cambridge. Between 1831 and 1836 he sailed on the survey ship HMS Beagle, and the subsequent Journal of the Voyages of the Beagle brought him some fame and repute as a popular author. In 1859 Darwin published The Origin of Species, which went through six editions, each noticeably revised. These were followed in 1871 by The Descent of Man, and Selection in Relation to Sex in which he first fully applied his ideas of evolution to the human species. As well as the works directly related to the subject of evolution, Darwin published on subjects such as botany, ecology, the geology of South America, the expression of emotions in animals and man, and the comparative study of barnacles. Darwin had fathered ten children with his wife Emma, though three had died in infancy or childhood, and he himself died on 19th April 1882. He was buried, after some controversy, in Westminster Abbey.