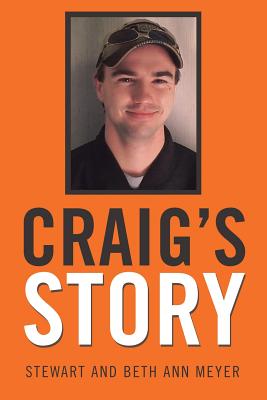 By Stewart and Beth Ann Meyer

January 4, 2007, we received notification that Craig's plane was missing. His plane was not to be located for 24 hours due to inclement weather. During that time, a search team on ground and in the air was looking for any indication of a downed plane. January 5th about noon, the debris of a plane matching the description was spotted from the air, in a mountainous area about a mile South of the Batesville, Arkansas airport.

Craig, the co-pilot, and the other pilot were unable to arrive safely at the airport due to the weather.

There were no survivors.

Nothing had prepared Craig's family for this devastation. Craig's wife and seven month old daughter, parents, sister, and numerous family and friends were devastated.

A family, inexperienced in the grieving process, began the long journey. A journey of faith, family and friends. A family, who could have been pulled apart by such a tragedy, became a stronger family unit.

This story chronicles the journey of one family, who were forced to learn as they went, and yet managed to complete a tragic journey. It was written as a testament of innocence, broken by devastation, the ups and downs of the grieving process, and ultimately, their survival. Written with love, it is intended as an inspirational guide to those who ultimately must face uncertainty after losing one so dear, but with the help of the One above.