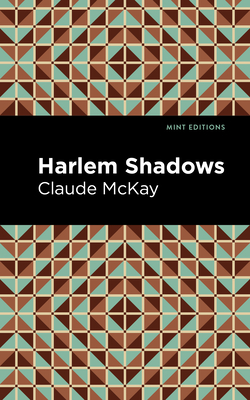 Harlem Shadows (1922) is a poetry collection by Claude McKay. Published at the height of the Harlem Renaissance, Harlem Shadows earned praise from legendary poet and political activist Max Eastman for its depictions of urban life and the technical mastery of its author. As a committed leftist, McKay--who grew up in Jamaica--captures the life of Harlem from a realist's point of view, lamenting the poverty of its African American community while celebrating their resilience and cultural achievement. In "The White City," McKay observes New York, its "poles and spires and towers vapor-kissed" and "fortressed port through which the great ships pass." Filled him with a hatred of the inhuman scene of industry and power, forced to "muse his] life-long hate," he observes the transformative quality of focused anger: "My being would be a skeleton, a shell, / If this dark Passion that fills my every mood, / And makes my heaven in the white world's hell, / Did not forever feed me vital blood." Rather than fall into despair, he channels his hatred into a revolutionary spirit, allowing him to stand tall within "the mighty city." In "The Tropics in New York," he walks past a window filled with "Bananas ripe and green, and ginger-root, / Cocoa in pods and alligator pears," a feast of fresh tropical fruit that brings him back, however briefly, to his island home of Jamaica. Recording his nostalgic response, McKay captures his personal experience as an immigrant in America: "My eyes grew dim, and I could no more gaze; / A wave of longing through my body swept, / And, hungry for the old, familiar ways, / I turned aside and bowed my head and wept." With a beautifully designed cover and professionally typeset manuscript, this edition of Claude McKay's Harlem Shadows is a classic of Jamaican literature reimagined for modern readers.