The Fire Within: Reflections on the Literary Imagination (Paperback) 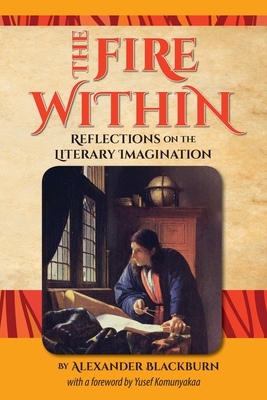 The Fire Within: Reflections on the Literary Imagination (Paperback)

As Pulitzer Prize winning poet, Yusef Komunyakaa states in his introduction, "The Fire Within goes directly back to a query of the soil, to nature, and to the people ... Blackburn underscores how imagination is the fuse and fuel of national (natural) dreaming." In Blackburn's own words, "If we didn't believe that imagination in general and the literary imagination in particular hold us together and are central to human survival, I would not hesitate to omit from these reflections most of the personal notes that resemble a memoir..." Thankfully, Mr Blackburn is a consummate professor whose skills were honed at Yale, polished at Cambridge, and deeply imbued by his own home grown love of literature and the South where he grew up. Few alive today possess as much knowledge as this amiable, humorous, wonderfully learned man.

The beauty of this book is the warmth of the writer. The scholar is of course in every word, yet the way he present his facts is that of a detective. He pulls the curtain of the past and shows us the real rather than the merely stormy Heathcliff and the true love affair of Tristan and Isolde. Dr Blackburn's vast knowledge crosses the boundaries of international culture as he shows us "what it all means" and why the human imaginative process is vital to our survival. More particularly, it is in his most insightful coverage of Frank Waters, Joseph Campbell, and the myth of the Ancient Mariner that we become awakened to so many things we may have studied but didn't fully understand.

Step along with the professor when he takes us to a New York deli where we meet The Tea Bag Man, a contemporary, ragged version of Coleridge's Ancient Mariner.

In the end, when you have finished reading The Fire Within, you have not only widened your mind, but have been graced with a clearer grasp of the literature of the world.