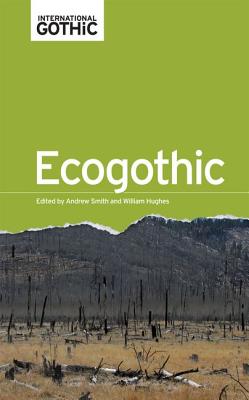 
Available in Warehouse. Wait for Email Confirmation for ETA
This book will provide the first study of how the Gothic engages with ecocritical ideas. Ecocriticism has frequently explored images of environmental catastrophe, the wilderness, the idea of home, constructions of 'nature', and images of the post-apocalypse - images which are also central to a certain type of Gothic literature. By exploring the relationship between the ecocritical aspects of the Gothic and the Gothic elements of the ecocritical, this book provides a new way of looking at both the Gothic and ecocriticism. Writers discussed include Ann Radcliffe, Mary Shelley, Ambrose Bierce, Algernon Blackwood, Margaret Atwood, Cormac McCarthy, Dan Simmons and Rana Dasgupta. The volume thus explores writing and film across various national contexts including Britain, America and Canada, as well as giving due consideration to how such issues might be discussed within a global context.
Andrew Smith is Reader in Nineteenth Century English Literature at the University of Sheffield. 'He is a past president of the International Gothic Association William Hughes is Professor of Gothic Studies at Bath Spa University. He is the founder-editor of Gothic Studies, the refereed journal of the International Gothic Association