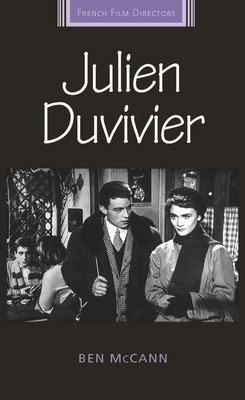 This book is the first ever English-language study of Julien Duvivier (1896-1967), once considered one of the world's great filmmakers. Jean Renoir declared that 'If I were an architect and I had to build a monument to the cinema, I would place a statue of Julien Duvivier at the entrance'. He was beloved by Orson Welles and John Ford, while Ingmar Bergman once admitted that of all the careers that he would have liked to have had, it would be Duvivier's.

The book offers contextual and analytical readings of Duvivier's films that identify his key themes and techniques, trace patterns of continuity, and explore critical assessments of his work over time. Throughout a five-decade career, Duvivier zigzagged between multiple genres - film noir, comedy, literary adaptation - and made over sixty films. His career intersects with important historical moments in French cinema, like the arrival of sound film, and the development of 'poetic realism'. He worked within the Hollywood studio system in the 1940s, and returned to a much-changed France in the 1950s.

Often dismissed as a marginal figure in French film history, this groundbreaking book illustrates Duvivier's eclecticism, technical efficiency and visual fluency in films such as Panique (1946) and Voici le temps des assassins (1956), alongside more familiar works like La Belle Equipe (1936) and P p le Moko (1937). It will appeal particularly to scholars and students of French cinema looking for examples of a director who could comfortably straddle the realms of the popular and the auteur.