Anna of Denmark: The Material and Visual Culture of the Stuart Courts, 1589-1619 (Studies in Design and Material Culture) (Hardcover) 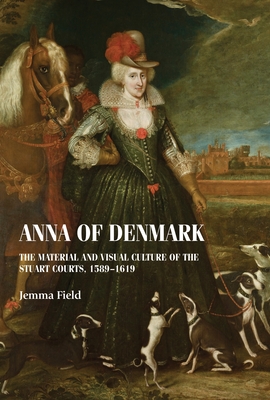 Anna of Denmark: The Material and Visual Culture of the Stuart Courts, 1589-1619 (Studies in Design and Material Culture) (Hardcover)

This book analyses Anna of Denmark's material and visual patronage at the Stuart courts, examining her engagement with a wide array of expressive media, including architecture, garden design, painting, music, dress, and jewellery. Covering Anna's time in Denmark, England, and Scotland, it establishes patterns of interest and influence in her agency, while furthering our knowledge of Baltic-British transfer in the early modern period.

Substantial archival work has prompted a reconsideration of James and Anna's relationship, extended our knowledge of the constituents of consortship in the period, and uncovered evidence to challenge the view that Anna merely supported the cultural accomplishments of her son Prince Henry. This book reclaims Anna of Denmark as the influential and culturally active royal woman that her contemporaries knew. Combining politics, culture, and religion, it enriches our understanding of royal women's roles in early modern patriarchal societies and their impact on the development of cultural modes and fashions.

Anna of Denmark will be of interest to students taking courses on early modern Europe in the disciplines of art and architectural history, English literature, theatre studies, history, and gender studies. It will also attract a wide range of academics working on early modern material and visual culture and female patronage, while general readers who enjoy the history of courts and the British royals will also find it distinctly appealing.