The Anatomy of Glory: Napoleon and His Guard (Hardcover) 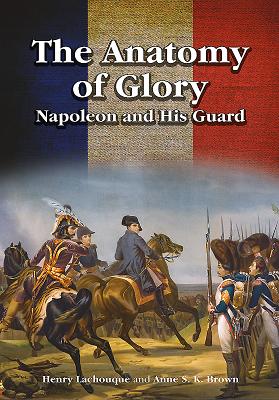 The Anatomy of Glory: Napoleon and His Guard (Hardcover)


This title is likely unavailable. Email or call for price and availability.
Napoleon's Imperial Guard was arguably the most famous military formation to tread the battlefields of Europe. La Garde Imperial was created on 18 May 1804, and from its origins as a small personal escort, the Guard grew in size and importance throughout the Napoleonic era. Eventually, it became the tactical reserve of the Grande Arm e, comprising almost a third of Napoleon's field forces. The men of the Imperial Guard were the lite of the First Empire, its officers and men the military aristocracy of post-Revolutionary France. Used only sparingly, the Guard acquired a reputation of invincibility. Such had become its prestige, when the attacks of the Guard were repulsed at Waterloo, they signaled not only the defeat of the French army but also the end of an era. In this magnificent study, unparalleled in depth and scope, the renowned French historian Commandant Henry Lachouque has produced a lavish and sumptuous work. It combines vivid narrative with valuable and unique uniform illustrations, including seventy-four full color plates from the Anne S.K. Brown collection, to make The Anatomy of Glory one of the most important and most sought-after books on military history ever published.