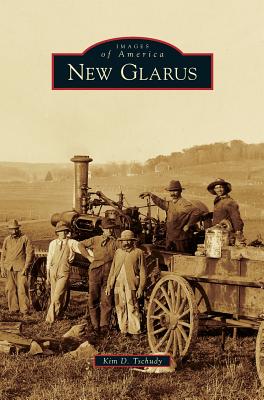 
Available in Warehouse. Wait for Email Confirmation for ETA
This book cannot be returned, cancelled, or exchanged. Please call for availability and pricing
New Glarus was founded in 1845 by impoverished citizens of Glarus, Switzerland. Much of Europe was in the grips of a severe depression, food was in short supply, and jobs were equally scarce. In response to this crisis, the Swiss government formed the Swiss Emigration Society. The society offered passage to America for anyone who wanted to leave Switzerland. On April 16, 1845, a ship took 193 Swiss to the United States. Four months later, on August 16, these pioneers arrived in what would become New Glarus. The founding of this community might be one of the finest examples of the best of socialism. Each settler received 20 acres of land drawn through a lottery; land could not be exchanged for something better. The oxen teams needed to work the land were communally owned. The settlers looked out for the welfare of all, providing schooling, food, shelter, and health care.