The Soulful Kinda Music Guide To Detroit Soul: A discography of the Motor City (Paperback) 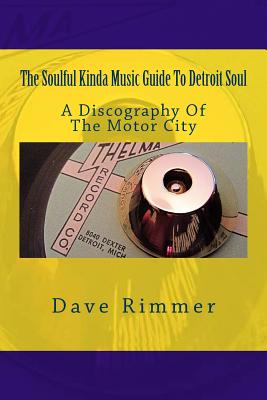 The Soulful Kinda Music Guide To Detroit Soul: A discography of the Motor City (Paperback)


Available in Warehouse. Wait for Email Confirmation for ETA
This book cannot be returned, cancelled, or exchanged. Please call for availability and pricing
Detroit was a Jazz city in the 1950s, but with the dawn of the the Sixties, the sound the city wanted was Soul Music. You can't ignore the influence that Berry Gordy Jr had on the city's music. He built the largest Black American owned company in the world with his Motown Empire. But there was so much more to the music of the Motor City. There were hundreds of little labels who produced music just as good as that of the major labels, but for one reason or another (Usually a lack of promotion and money) they failed to become hits. This book tries to redress that balance, by focusing on the smaller labels and the artists who made great records, but never got the hits. Stuffed full to the brim with Label Listings and Artist Discographies, this is a book for the serious Detroit afficianado.