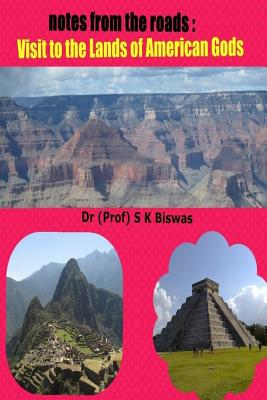 
Available in Warehouse. Wait for Email Confirmation for ETA
This book cannot be returned, cancelled, or exchanged. Please call for availability and pricing
"We do not go into ceremony to talk about God. We go into ceremony to talk With God"- this quote of a famous Red Indian chief made me curious about Native American Gods. It inspired me to travel across three Americas in last few years when I became familiar with these words: Kukulkahn & Quetzquell, Virakocha, Tsechenako & Kachina . These strange words are the names of Gods: the American gods - worshipped by thousands of people in the western hemisphere even today. If one god is believed to rise from the depth of canyon, other god descends from the sky in the form of a giant feathery snake to create life & civilization on earth. I have travelled across three Americas, from Mexican gulf in the east to Peruvian pacific in the west, explored Mojave deserts of United states in the north to the Andean mountains of Peru in south . In my long journey I could experience and admire the beauty of this Land of American gods and also the awesome human creations - created by the ancient Americans who believed in these gods. While exploring these extraordinary creations and interacting with local people & their cultures, many questions appeared in my mind which made me more curious. I attempted to share all my fascinating experiences in this book hoping that it will make my readers as curious as myself about these great lands, the people & ....their Gods.