Charlie the Choo-Choo: From the world of The Dark Tower (Hardcover) 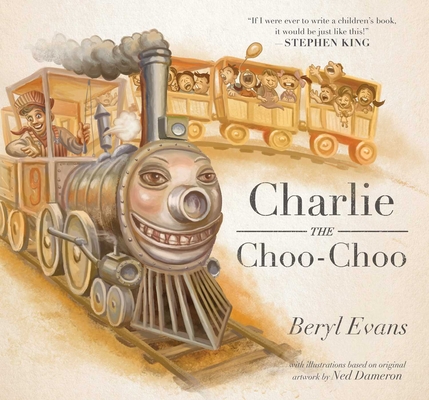 Charlie the Choo-Choo: From the world of The Dark Tower (Hardcover)


Backordered - ETA Unknown
Fans of Stephen King’s The Dark Tower will definitely want this picture book about a train engine and his devoted engineer.

Engineer Bob has a secret: His train engine, Charlie the Choo-Choo, is alive…and also his best friend. From celebrated author Beryl Evans and illustrator Ned Dameron comes a story about friendship, loyalty, and hard work.
Beryl Evans is the pseudonym adopted by Stephen King for his picture book Charlie the Choo-Choo. Stephen King has written over fifty worldwide bestsellers. His acclaimed works include Carrie, The Shining, The Stand, Misery and 11.22.63. He is also the author of The Dark Tower fantasy series. Many of his books have been turned into celebrated films, including Stand by Me, The Green Mile and The Shawshank Redemption.

Ned Dameron has done illustrations for Dungeons and Dragons, as well as some for reprints of Edgar Rice Burroughs’s works. He has produced cover artwork for many popular novels, including The Waste Lands by Stephen King and The Second Generation by Margaret Weiss and Tracy Hickman.